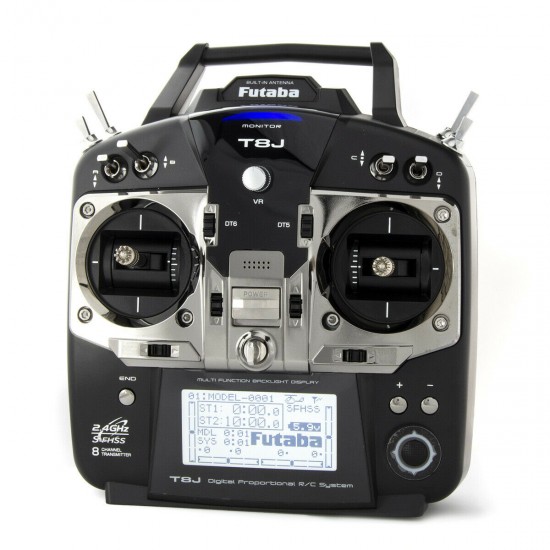 The performance you want, at a price you won't believe.

When you consider all of the functions that the 8J offers, along with its price point, you'll realize that this is one amazing system.

Some of the awesome features you'll enjoy on the 8J include frequency-hopping security, the ability to transfer model data wirelessly between 8J transmitters, 6 programmable mixes (2 with curves), 5 heli flight conditions, 3-axis gyro support, 5-point pitch/throttle curves and a receiver with a full-range, dual internal antenna that can handle any application you can think of. All on-screen terms are spelled out on a backlit LCD screen. And everything is easily accessed and programmed with a jog dial and three buttons.

Precision. Programming ease. Versatility. It's all here with the 8J, and at a price that makes it one of the most incredible values in radio control. 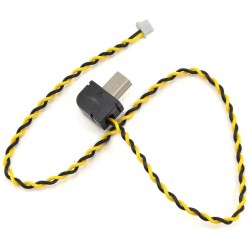 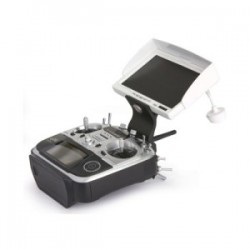 Finally a simple to use and easily removable FPV monitor mount for the Futaba T14SG transmitter. Thi... 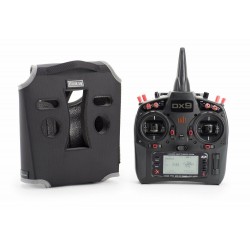 Protective wrap for your most sensitive piece of gear. Fits Taranis an Spektrum remotes. Product ... 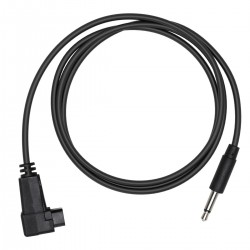